A westerner’s view of Suzhou, past and present

How does it feel to be a foreigner living in China?

Stephen L. Koss, a native of the United States and the author of Beautiful Su: A Social and Cultural History of Suzhou, China, has lived in Suzhou for eight years. 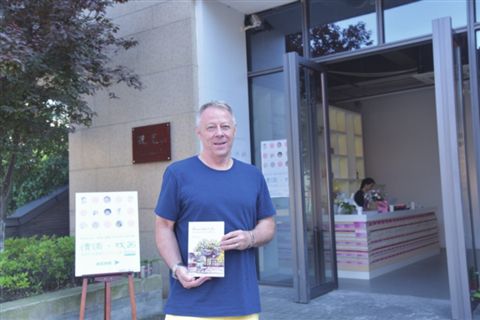 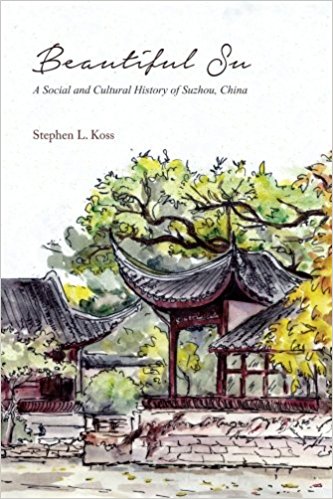 The cover of the book [Photo provided to China Daily]

Koss was fond of traveling and came to know Suzhou 16 years ago when he made a brief tour of Beijing, Hong Kong, Shanghai and Suzhou. After his return to the US, he thought constantly of Suzhou.

Eventually Koss retired from his position as a math teacher at a middle school and determined to reside in Suzhou alone for a few months.

Upon arrival he wanted to know more about Suzhou but was frustrated to find that few of the available books were able to give foreigners a full picture of the ancient city. This was what inspired him to write about Suzhou himself.

He then spent a total of six years researching hundreds of foreign language written files, many of which were difficult academic reports, and wandering around on local streets, lanes and alleys in order to record as many Suzhou facts as possible.

Koss said, Beautiful Soo: A Handbook to Soochow, was the best book he could find. It was published by a missionary in 1911. A copy of the book was hard to find, Koss claimed, and he was able to finally buy one from a British resident.

He wanted to create a modern and distinctive book for foreigners to help them understand Suzhou.

"I wanted to produce a book for foreign people who are in love with Suzhou and eager to know more about the city," said Koss.

He determined to fill his book bit by bit with stories of life and culture, and to enliven the text with accounts of historical events and people and explanations of ancient relics. One such account is that of He Lv, ruler of the State of Wu. Koss also describes the Wu School of traditional Chinese painting, Suzhou classic gardens which have been listed as a world intangible cultural heritage by UNESCO, thousand-year-old bridges, tranquil canals hugging lanes, and Buddhist temples.

When asked about his thoughts about Suzhou, Koss put it this way:

"Suzhou is a typical Chinese old city. Shanghai is not a city of its kind, and is what New York is to the United States, modern and well developed but with no typical local features."

Koss spoke highly of Suzhou's distinctive serenity. He will be sharing more impressions and stories with readers at 7 pm on June 10 at the Bookworm book store on Shiquan Street. 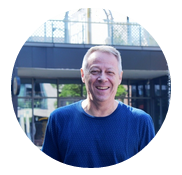 He also has a book called China, Heart and Soul: Four Years of Living, Learning, Teaching and Becoming Half-Chinese in Suzhou, China, describing his life from 2001 to 2004 in Suzhou, "a city so renowned for its magnificent classical gardens, rich cultural heritage, and beautiful women that a centuries-old proverb describes it as paradise on Earth," as he says in his book. 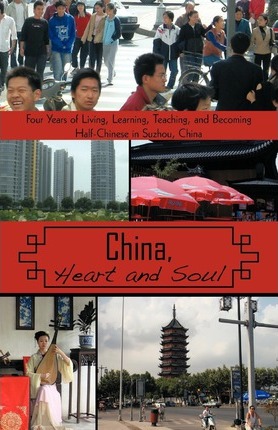 The author in his earlier book is said to have captured the country's poignant struggle to maintain its traditions while integrating new wealth, technology, and cultural influences from the West, and to have opened "a deeply personal window into the changing soul of an ancient city".