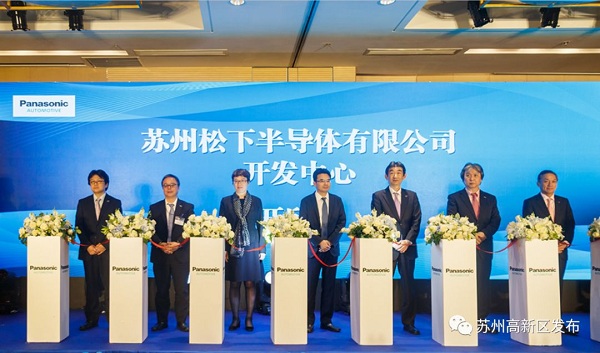 An opening ceremony for an R&D center in Suzhou New District established by Panasonic, a Japanese multinational electronics corporation, was held on April 20.

The center, affiliated to Suzhou Panasonic Semiconductor Co and the first of its kind built by Panasonic in China, will be dedicated to developing onboard cameras, microphones and other onboard electrical installations.

Shigeo Okuda, executive director of Panasonic Corp, said during his meeting with the head of Suzhou New District after the opening ceremony that China leads the world in the automatic driving field.

He hoped that the Suzhou R&D center will expand the Chinese market and contribute to safe driving technology in China and around the world.

Suzhou Panasonic Semiconductor Co, founded in December 2001, is Panasonic Corp's most important manufacturing base of onboard cameras, microphones and semiconductor products. It generated 3.91 billion yuan ($621.69 million) in 2017.

The district also welcomes Japanese enterprises' setting up their regional headquarters there. Seiren, a Japanese auto interior supplier, and H20, a Japanese retail giant, have already done so.