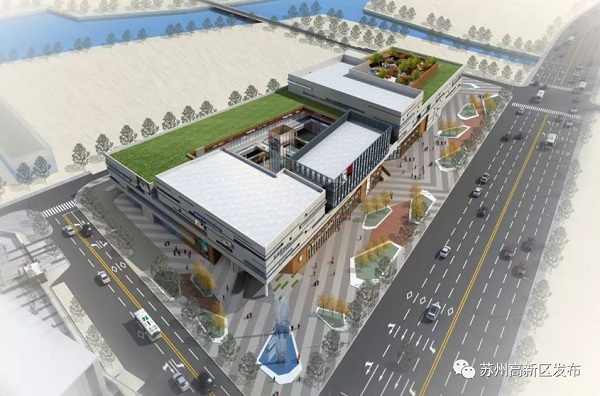 Suzhou New District's Fengqiao sub-district is building a new shopping mall, Fengjin Plaza, which is due to be completed by the end of 2019. [Photo/WeChat account: snd-szgxqfb]

Fengjin Plaza, a new shopping mall, is under construction and is expected to open by the end of 2019 at Suzhou New District's Fengqiao sub-district, local media reported on April 25.

With a total investment of 250 million yuan ($39.75 million), the project covers an area of 15,518.7 square meters including two underground floors.

In addition, a 2,000 square meter farm product market will be established on the shopping mall's first underground floor.

The new development will add to current attractions in Fengqiao sub-district such as the Chia Tai Club, which gathers various high quality imported products, IF Mall and Majian Plaza. Locals will soon have a lot of choice for shopping and getting together with friends or family.