Global IVD leader to build manufacturing base in SND 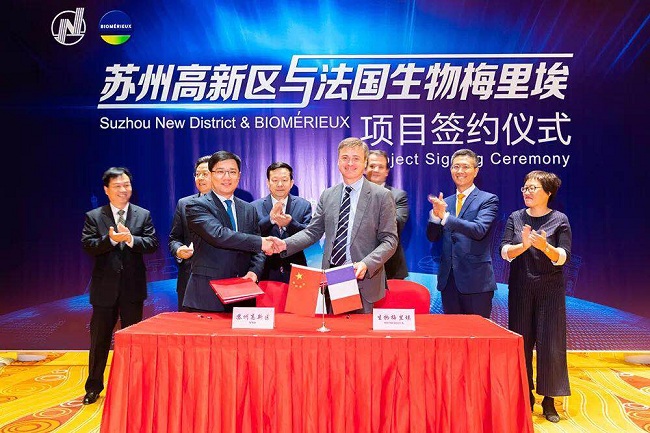 bioMérieux Corporate, a world-class in vitro diagnostic solutions supplier, is set to construct an IVD products manufacturing base in Suzhou New District, Suzhou, Jiangsu province, according to a signing ceremony held on April 11.

"bioMérieux's decision shows its confidence in Suzhou's business climate," noted Zhou Naixiang, Party secretary of Suzhou, at a meeting with Alexandre Mérieux, president of bioMérieux, after the signing ceremony.

The city is focusing on the development of such key fields as new-generation information technology, artificial intelligence, nanotechnology and biological medicine.

Zhou said that as a leading company in the IVD field, bioMérieux will help to promote Suzhou's industrial transformation, and he promised to offer high quality, efficient services to the French company.

Mérieux said he is looking forward to doing business in Suzhou and highlighted the city's importance in the company's China expansion strategy.

With an investment of 460 million yuan ($68.58 million), the soon-to-be-built manufacturing base is expected to be put into operation in 2023.