Taiwan-based Sigurd Electronics Corporation plans to establish a new plant in Suzhou New District, Jiangsu province, according to a signing ceremony held in the district on Sept 10.

Sigurd has decided to locate the factory in the district's Xushuguan Economic Development Zone.

With an investment of $100 million, the new facility will serve as a testing base for semiconductors.

Huang Hsing-yang, president of Sigurd, said at the signing ceremony that to open a new factory in Suzhou New District was an important move for the company's future development.

He added that it was a wise choice because the Suzhou district boasts a favorable geographical location and sound industrial supporting facilities.

Founded in 1996, Sigurd is an independent provider of semiconductor assemblies and test services with six factories in Taiwan and it has more than 3,000 employees.

At present, the district houses a group of leading companies in the field, including Suzhou Everbright Photonics Co and C*Core Technology Co, making it a hub for new-generation information technology in Suzhou. 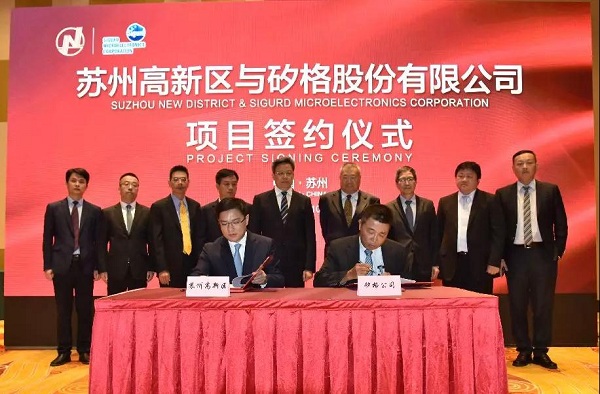