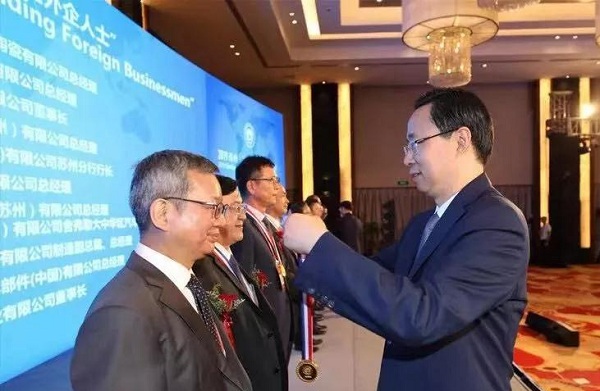 Since Grosch assumed the post of general manager in 2016, the company has maintained stable growth and paid a total of 400 million yuan in taxes to the local government in the past three years.

Since its establishment in 1990, Suzhou New District has focused on attracting investment.

The district is currently home to more than 1,700 foreign companies with more than $27 billion in registered capital, of which over 550 are Japanese-funded businesses.

This year, the district introduced a series of key projects, including the headquarters of Analogix Semiconductor Inc, a world-renowned chip designer, and the IVD products manufacturing base of bioMérieux Corporate, a world-class in vitro diagnostic solutions supplier.

In the first eight months of this year, the district utilized $520 million worth of foreign capital, a yearly increase of 55.8 percent.