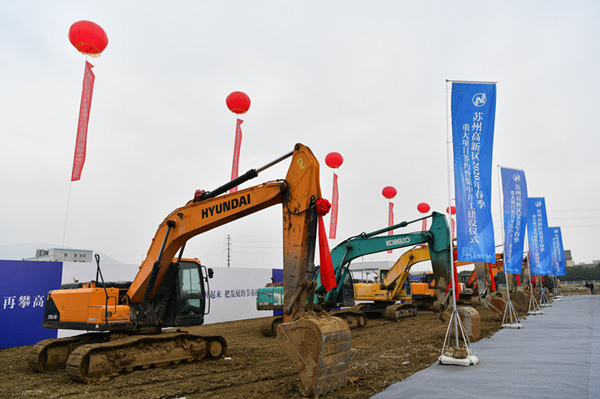 A batch of 76 projects worth totaling 71.66 billion yuan ($10.33 billion) are signed or start operations in Suzhou New District March 7. [Photo provided to chinadaily.com.cn]

Biopharmaceuticals was one pivotal industry, as three projects started operations and nine others were signed on that day, with investment reaching 8.34 billion yuan

The Yangshan biomedical innovation base, which covers 13.5 hectares with an investment of 5.02 billion yuan, is a reflection of the district's emphasis on high-end medical equipment and supplies, and has brought in the production and development of vitro diagnosis, microbiology, immune analysis and vaccines.

Pioneering Diagnostics and Hybiome, enterprises with expertise respectively in vitro diagnosis and immune analysis, were the first to settle in the base and are expected to contribute an aggregated annual output value of 1.2 billion yuan and a tax revenue of over 190 million yuan.

"It is SND's business environment and the city's vigorous climate that attracted us," said Wang Haofeng, a senior manager at Pioneering Diagnostics. "We will continue to bring in the world's most advanced production lines here and promote the transfer of foreign core technologies to Suzhou."

SND has also attached importance to its headquarters economy, and enterprises such as Hema Fresh, Iris China, Ante Cosmetics and Lexy have decided to set up regional headquarters in the district.

"It's natural for us to set up our regional headquarters here," Chu said.

He added that 20 new Hema Fresh grocery stores will open in Suzhou in three to five years, and the regional headquarters will take direct charge of the stores' management, supply chains, marketing and technological development.

"Hema Fresh's successful landing will assist SND in its development of a modern service industry, speed up the transformation and upgrade of traditional industries, promote the integration of new economies and industries, and elevate the district's core competitiveness," said Sun Xianwei, the head of SND's commerce bureau.

Gao Xiaodong, deputy head of the SND administrative committee agreed that the district has excellent supporting factors such as talent, technology, information and capital.

"The projects have mirrored SND's determination for high-end and innovative development and will lay a solid foundation for the district to forge ahead and become a national leader," said Mao Wei, the head of the district. 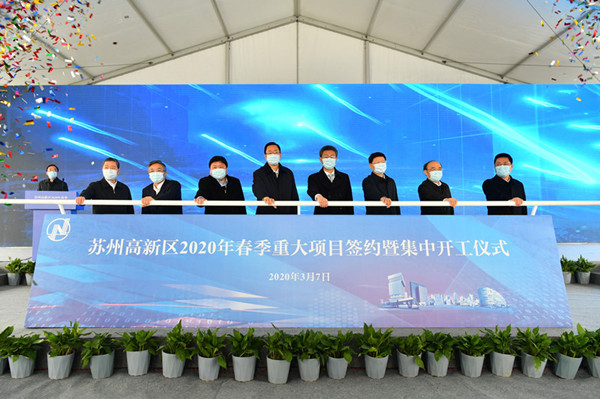