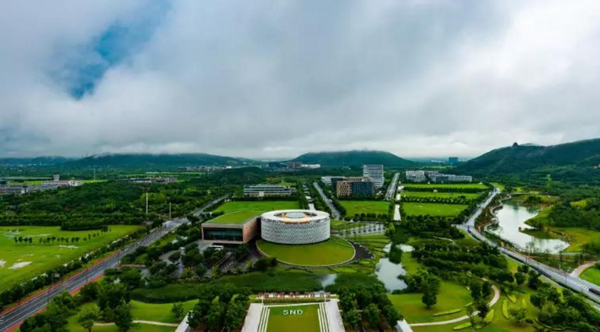 Jiang Shaolong, a postgraduate from Tsinghua University who has roots in social networking and online medical care, was one of the applicants. His "family doctor mobile public health system", once approved, will bring him project funding of at most 2 million yuan ($285,570), as well as subsidies for renting offices and settling down. If not, he can also get a one-time start-up capital of 100,000 yuan after settling in the district.

SND in recent years has been expanding the range and ways to apply for the subsidy.

Teams ranked as top talent in the district can get project funding up to 100 million yuan. The introduction of academicians from home and abroad, and winners of China's top science and technology awards to the district will be specifically discussed by officials assessing applications. Newly appointed academicians at the Chinese Academy of Sciences and the Chinese Academy of Engineering will be awarded 2 million yuan; their employers can receive 5 million yuan. Key entrepreneurial teams can get 5 million yuan for projects and settlement.

Leading business starters will be granted 2 million for a project, 1 million yuan for settlement, free office rent for three years, as well as other one-stop amounts of support.

Statistics show that the Leading Talent subsidy has been issued to over 500 projects and 2019 saw over 180 million yuan being invested in such projects.