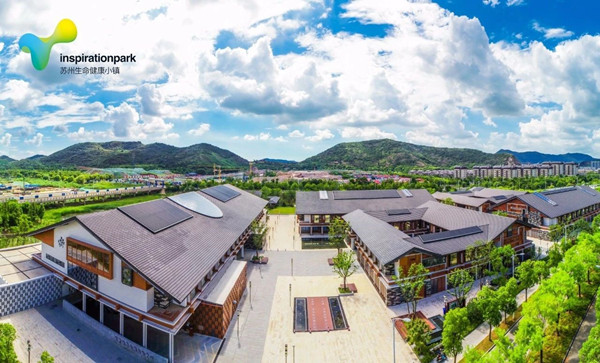 The Inspirationpark of Suzhou New District (SND), which focuses on life and health, received a total of 20 billion yuan ($2.8 billion) in investment from four major Chinese commercial banks on March 26.

According to the strategic cooperation agreement, the Industrial and Commercial Bank of China, Agricultural Bank of China, Bank of China, and China Construction Bank will make customized financial service plans for companies operating in the park, including offering them capital credit, preferential interest rates, and bank accounts.

Five companies, including Angal Biotech Co, which was established in 2019 and led by Austrian scientist Josef Penninger, were among the first companies to benefit from the policies.

"This is a comprehensive affirmation of the company's operating strength, industrial planning capabilities, and development prospects, and also encourages us to keep improving our financing capacity," said Wang Xing, chairman of SND Hi-Tech Industrial Co, a wholly-owned subsidiary of SND.

The investment was part of SND's three-year plan to support its bio-pharmaceutical and medical equipment industries, as the district is already home to 300 such companies, which are expected to generate 100 billion yuan in annual output by 2030.

The Inspirationpark started construction in February 2018 and its display and experience center opened in January 2019. A service center for the local bio-pharmaceutical industry was unveiled in August last year, and its first phase, which has attracted 18 companies so far, officially began operating in March of this year. The second phase is scheduled to be completed by the end of this year.