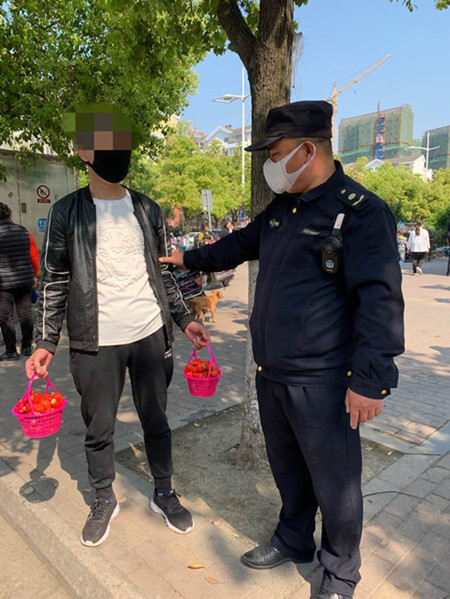 A man illegally sells fruit on a sidewalk in Dongzhu sub-district, Suzhou New District on April 24. [Photo provided to english.snd.gov.cn]

Peddlers can either pay a fine or choose one of two ways to avoid paying said fine.

The first option is to post a message denouncing their illegal behavior on their personal WeChat (a Chinese instant messaging app) to discourage others from setting up roadside stalls and receiving at least 30 thumbs-ups on the post from friends. The other option is to serve as an assistant urban patroller for one hour and help persuade peddlers not to block up roads with their stalls.

According to one authority, the many resettlement residential areas in Dongzhu have made the sub-district a magnet for illegal vendors. The Dongzhu government has vowed to address and resolve this issue. 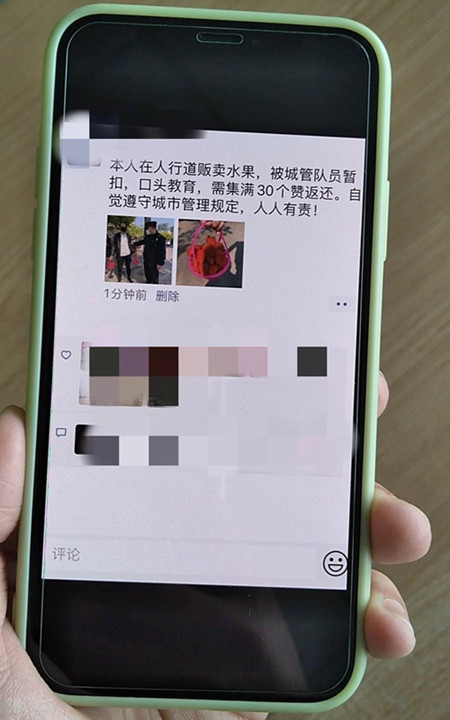 A man makes a post on WeChat about his illegal fruit-selling activity and urges people to abide by municipal rules and regulations. [Photo provided to english.snd.gov.cn]