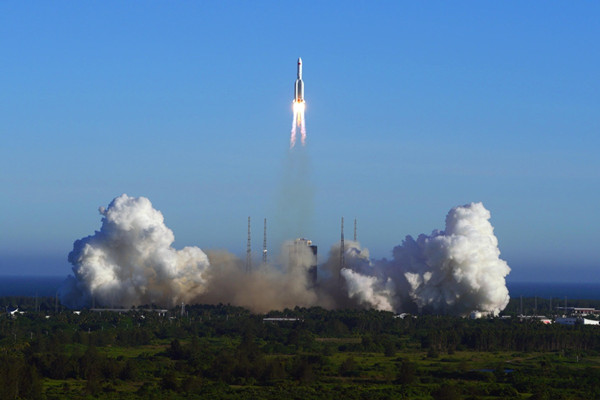 A technology company based in Suzhou New District has contributed to the smooth maiden launch of the Long March 5B heavy-lift carrier rocket at the Wenchang Space Launch Center in Hainan province May 5, local media reported.

Dangling Technology Co played its role by simulating the mechanical environment of the carrier rocket and issuing a report on its reliability for lift off.

Due to instant ignition, the launch vehicle had to withstand a huge impact during its lift-off and undergo continuous vibration after take off. So, a thorough check was essential to ensure that the spacecraft could work well in any aviation environment.

Dongling's simulations started in 2018 and has since then carried out numerous tests on an independently developed 35-ton electric vibration test system.