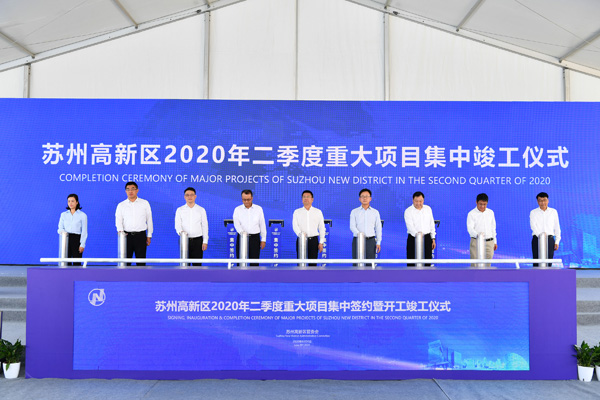 Total investment of 23.71 billion yuan in 53 projects was agreed upon, of which the 15 foreign-funded projects accounted for 30 percent, with 6.6 billion yuan. The projects were from six countries and regions including Japan, Canada, Norway and the United States.

An industrial base for the testing and application of the Beidou Navigation Satellite System integrating with 5G and AIOT (AI + IoT) is a reflection of the district's devotion to cutting-edge technologies. Covering 1.3 hectares and with investment of 1 billion yuan, the base aims to lead the region's electronic information technology industry and turn more research into practical results.

Mao Wei, head of SND, said the projects were in line with the local industrial strategy and expressed confidence that they will help the district speed up industrial transformation and boost development.