Yangtze delta zone to speed up permits for foreigners 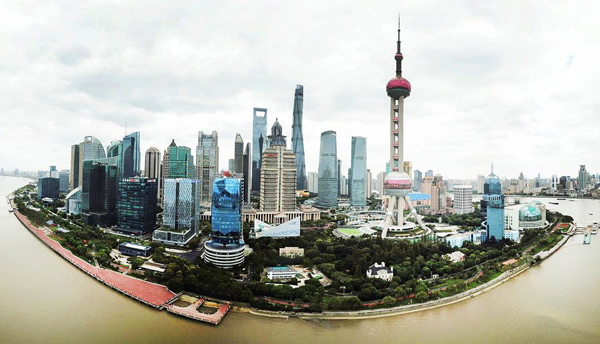 Aerial photo taken on Oct 15, 2019, shows a view of the Lujiazui area in Shanghai. [Photo/Xinhua]

Foreigners who work in the Yangtze River Delta will soon enjoy quicker approval of work and residence permits as a slew of policies supporting regional integration are coming to a pilot zone in the area.

The delta's integration demonstration zone will set up a "single window" service to handle the two permits for foreigners, the executive committee for the zone said on Friday as it elaborated on the 22 new policies put forward on Wednesday to accelerate regional integration.

Zhu Zhengwei, head of the business and industrial development office of the committee, said work and residence permits are approved by different government agencies－the work permit at the local science and technology commissions and the residence permit at public security bureaus. It can take as long as a month or more to get both permits if applied for separately.

"To make it convenient for high-caliber international talent to work, live and move in the Yangtze River Delta region, we have launched a policy that foreign applicants can submit materials at one place and get two permits," Zhu said.

The policy, first launched in Shanghai, is now being tested in the demonstration zone as part of the new measures released jointly by governments of Shanghai, Jiangsu and Zhejiang to accelerate regional integration.

It has been tested in Jiashan, where applicants can get the two permits in as few as five working days, Zhu said, adding that the policy will be rolled out in Qingpu and Wujiang as soon as the end of July.

Apart from streamlining permit approval, another policy will allow the issuance of a work permit valid for two years, double the current normal permit validity, to foreigners who work in high-tech companies and other fields favored in the demonstration zone.

Lu Min, chief engineer of the Shanghai Science and Technology Commission, said improving the mobility of talent in the region has long been on the mind of local officials.

"We are also deliberating the mutual recognition of permits issued in different local administrations," Lu said. "Our aim is to let science and technology talent, funds and resources flow freely in the region."

New policies in financing, infrastructure, land allocation and public services have also been put forward to facilitate the region's integration.

Among the 22 measures released on Wednesday is a special fund of more than 10 billion yuan ($1.42 billion) that will be allocated by the three local governments over three years to support projects necessary for the zone's operation.

Innovation in finance will be encouraged and support will be given to banks, securities and insurance companies and other financial institutions to open branches in the demonstration zone, according to the measures.

Policies have also been rolled out to accelerate the construction of information technology infrastructure in the zone, which is set to achieve full coverage by 5G signals in three years to support the application of the internet of things and cloud computing in the area.

Included in the new measures are plans to enhance higher education in the demonstration zone, which includes the construction of a 66-hectare campus of Suzhou University in Wujiang district.

The new measures also introduce a circulation system that breaks down the traditional barriers of administrative borders to ensure smart use of land in the zone.

"We will make sure the ecology is well protected while introducing environmentally friendly industries," said Ma Chunlei, director of the demonstration zone's executive committee.