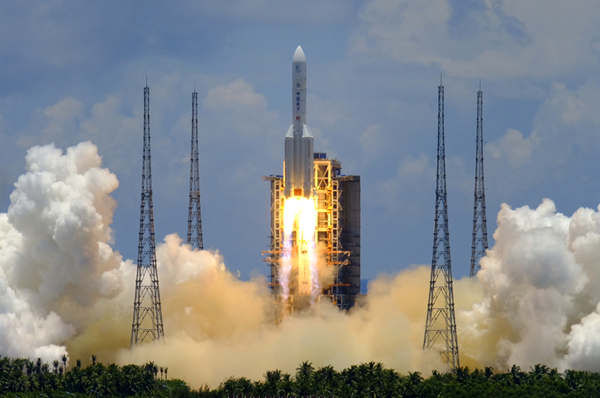 Dongling Technologies, a high-tech company based in Suzhou New District, has contributed to the successful launch of the Tianwen 1 probe on July 23 in Wenchang, South China's Hainan province, local media reported.

Relying on an independently-developed 50-ton vibration test system, the company offered quality environmental and reliability testing solutions to the probe.

The probe will travel about seven months before it reaches the Red Planet, where it will deploy a rover on the surface. The rover will conduct scientific investigations into the planets' soil, geological structure, environment and possibly water.

Founded in 1995, Dongling is an expert in the environmental and reliability testing sector and has over 400 core technologies and patents. It has played a pivotal role in China's aerospace industry and was pivotal to the successful launch of the Long March 5B heavy-lift carrier rocket, Shenzhou series, Tiangong series, Chang'e series, Tianzhou 1 cargo spaceship, and Beidou Navigation Satellite System.

The company has exported its products to over 50 countries and regions and set up cooperative ties with many domestic institutions and universities.