Suzhou researcher honored for contributions to fight against COVID-19 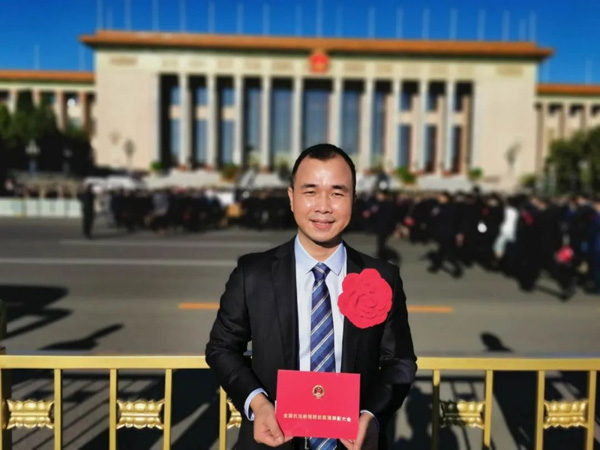 Wang Daming, a researcher from the Suzhou Institute of Biomedical Engineering and Technology of the Chinese Academy of Sciences, poses with his certificate in front of the Great Hall of the People in Beijing, Sept 8. [Photo/WeChat account: snd-szgxqfb]

A meeting was held at the Great Hall of the People in Beijing on Sept 8 to commend outstanding individuals and groups that contributed to the country's fight against the COVID-19 epidemic.

Many of those who received commendations are from Suzhou, East China's Jiangsu province. Among them was Wang Daming, a researcher from the Suzhou Institute of Biomedical Engineering and Technology of the Chinese Academy of Sciences, who received individual honors during the meeting.

When Wuhan, capital of Central China's Hubei province, was hit hard by the sudden outbreak of COVID-19 in January, Wang rushed to the city and helped manage nearly 1,000 clinical tests. He also developed a nucleic acid rapid test system and kit, which has been approved by and registered at the National Medical Products Administration.

The only one of its kind in China, the test kit can be stored and transported at room temperature and does not require any nucleic acid extraction, purification and amplification.

Wang has also developed an antibody test kit, which allows people to complete detection of the IgG/lgM antibody (types of immunoglobulin) in blood, serum or plasma within just 10 minutes. The kit has earned a CE certificate from the European Union and will be exported overseas to aid the global fight against COVID-19. 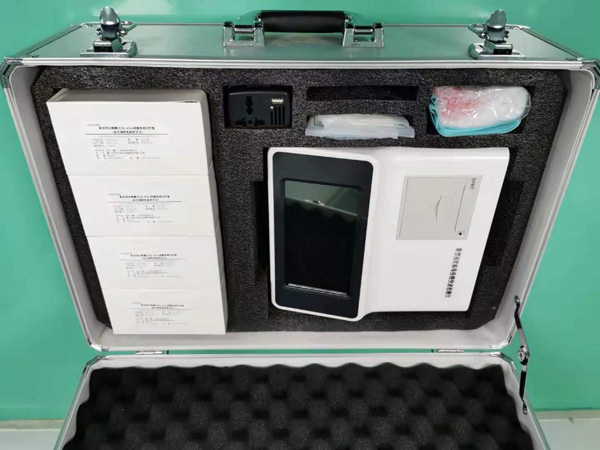 The nucleic acid rapid test system and kit developed by Wang Daming and his team [Photo/sibet.ac.cn]