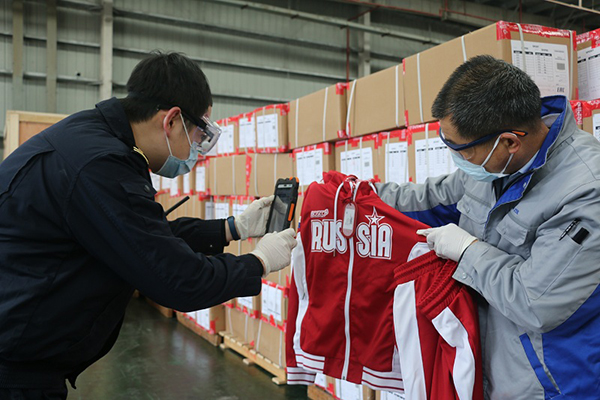 Statistics from the comprehensive bonded zone of Suzhou New District show that China-EU freight trains have achieved eye-catching results from January to September, with the number of trains and containers creating new high.

A total of 267 freight trains carrying 21,920 containers have shuttled between Suzhou and European countries during the period, a year-on-year increase of 23 and 14 percent, respectively. The cargo is worth totaling $888 million and weighs around 111,000 tons.

By Oct 12, the number of China-EU freight trains have surpassed 270, fulfilling the shipment target set by Suzhou for the entire year in advance. It is expected that over 300 trains will shuttle between Suzhou and Europe in 2020.

Since the outbreak of the COVID-19 pandemic, international train lines connecting Suzhou and foreign countries have played a pivotal role. In March, the number of trains, containers, and cargo value realized year-on-year growth. In April, masks, protective suits and all kinds of medical supplies were gradually transported to Russia. In May, China-EU trains starting from the Suzhou area of China (Jiangsu) Pilot Free Trade Zone were launched. Over 10 kinds of industrial products such as numerically-controlled machine tools and home appliances were available to Russian and German buyers.

Statistics show that freight trains connecting Suzhou and European countries have in the past eight years seen Suzhou bonding business create ties with 21 countries involved in the Belt and Road Initiative, saving more time and money than they would using shipping. Suzhou was the first city in Jiangsu province and the third in China to launch such train lines.