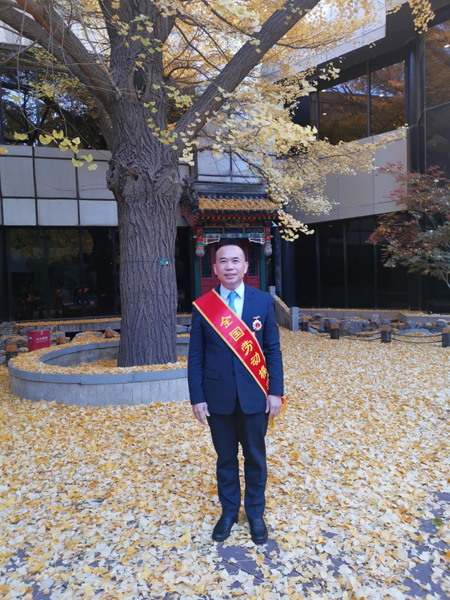 Zhou Rong, chairman of Suzhou LZY Technology Co in Suzhou New District (SND), was honored as model worker at a gathering at the Great Hall of the People in Beijing on Nov 24, local media reported.

"I used to think that to be a model worker you had to do something really incredible, but after so many years of working, I've changed my mind," Zhou said at the gathering.

His company was the first private business to set up operations in SND. It focuses on manufacturing smart robots and intelligent controllers which have been applied in 5G telecommunications, artificial intelligence, medical equipment, rail traffic, and new energy.

Aside from offering jobs to nearly 3,000 people and generating revenue of 16 billion yuan ($2.4 billion) in 2019, the company has also continued to play a charitable role over the past 13 years by donating money and materials worth a total of 30 million yuan to the public.

"Our company was able to develop thanks to SND's solid support," Zhou said.

The gathering promoted the key role of China's working class and working people in eliminating poverty and building a moderately prosperous society, and urged them to continue to work towards creating a more modern China.