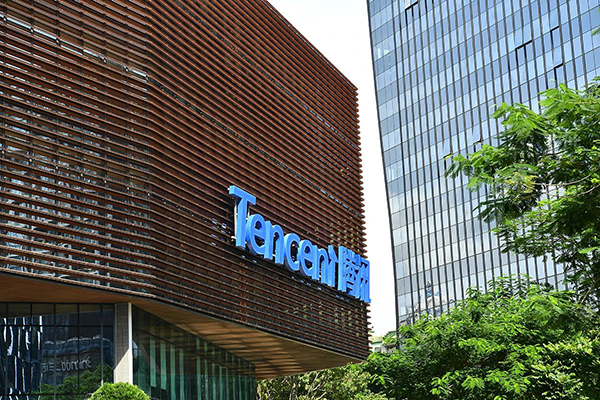 The Shenzhen-based tech giant Tencent will set up a digital industrial base in Suzhou New District. [Photo/WeChat account: snd-szgxqfb]

This will be the first time the tech giant has established a digital industrial base in the Yangtze River Delta region, and Tencent will make the most of its advantages in technology and industrial partners to gather a cluster of like-minded companies in the digital economy, new infrastructure, and scientific and cultural innovation.

The base is expected to help bring in investment of 10 billion yuan ($1.5 billion) and generate annual sales of 20 billion yuan.

SND will also work with Tencent in setting up an intelligent city project, a benchmark project which will see the tech giant making full use of its advantages in city brain, basic cloud platform and data analysis to help SND move forward in intelligent city construction.

The two sides have agreed to help more Tencent-supported projects settle and commercialize in SND.