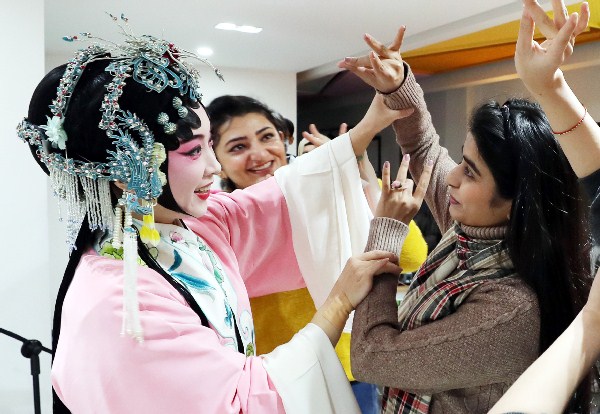 It will also continue to encourage students to study abroad to cultivate internationally competitive talent that can contribute to China's development, while improving the quality of education for international students studying in China, she said.

About 80 percent of Chinese students studying overseas returned home after obtaining their degrees from 2016 to last year. Around 2.52 million Chinese students studied abroad during the period and more than 2 million returned to the country after graduation, she said. In comparison, the overall return rate from 1978 to 2008 was about 28 percent.

Cheng Jiacai, director of the ministry's Chinese Service Center for Scholarly Exchange, said the country has been consistent in supporting students going abroad to study and encouraging them to return home after graduation.

More than 300,000 students who studied overseas have applied to the center to get their overseas degrees accredited this year, up 10 percent from last year, he said.

China has signed agreements on mutual recognition of academic credits and diplomas with 54 countries and regions, and there are 2,332 joint degree programs run by domestic universities and their global partners, Liu said.

Almost 55 percent of international students studying in China last year were pursuing bachelor or higher degrees, up by 7 percentage points from 2016, Liu said.

Meanwhile, the Chinese language has been incorporated into the national education systems of 70 countries, she said.

Chinese language proficiency tests, including the Chinese Proficiency Test and Youth Chinese Test, have been taken around 40 million times in the past five years, Liu added.