Year-beginner: Cultural industry off to a strong start in SND 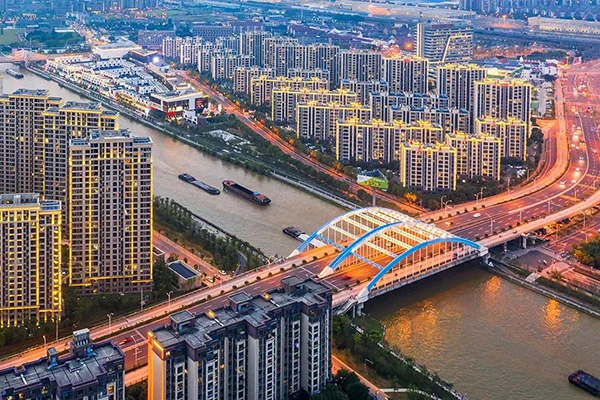 Xushuguan ancient town has received the most investment among the five projects, sitting at 16.4 billion yuan. It covers an area of 46.7 hectares and features six themed areas, seven themed streets, and 40 tourist sites focusing on cultures along the Grand Canal and in the Yangtze River Delta (YRD) region. The town is expected to receive 5 million tourists every year.

The third project is a cloud capacity center jointly developed by China Mobile and SND, which aims to cultivate a group of cloud computing companies by integrating the internet with cutting-edge technology such as 5G and cloud computing.

The fourth project, being carried out by SND and Ximalaya FM, an online audio-sharing platform, will focus on increasing cultural consumption, preserving local cultures, and improving public cultural services.

SND is also working with the Jiangsu branch of Sino Weibo to improve its image and promote itself to a wider audience.