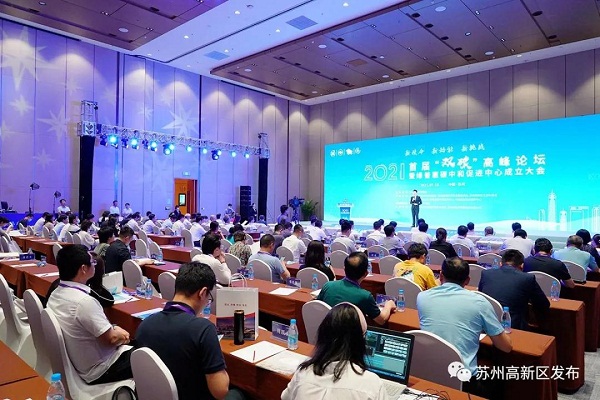 The promotion center was launched by the Beijing-based technology company Green Inclusive and is aimed at building carbon accounts for individuals, enterprises, and cities through an innovative model that combines quantitative technology and internet digital to drive carbon-reduction behavior at the consumer end.

The center will help boost the digital transformation of the economy and the formation of a green development model and lifestyle by formulating standards, research and training, green broadcasting, and international exchanges.

The promotion center established an alliance at the forum in response to the national strategy of peaking carbon emissions and reaching carbon neutrality and to eliminate 30 percent of the carbon dioxide emissions in the residential sector nationwide.

A batch of 12 renowned companies and financial institutes joined the alliance to contribute to the carbon accounts building.

SND has been focusing on developing a green, circular, low-carbon economy and fostering a number of leading green technological innovation companies and green factories. The added value of the green industry accounts for more than 30 percent of the total industrial added value in the district, making SND a pilot unit of the circular economy in China.